Hollywood Palladium's walls will echo the excitement of screaming fans and the youthful light vocals of the singer-songwriter Alec Benjamin this October 14. The 28-year-old indie-folk-pop singer will bring his highly-anticipated "(Un)Commentary Tour" to one of California's prominent venues to give his fans a night they won't forget. Join Benjamin as he entertains his fans with song performances from his latest album, as well as his career-defining hits, including "Let Me Down Slowly," "Paper Crown," "End of the Summer," and "If We Have Each Other," to name a few. Grab your tickets for his show and let his charitable song lyrics and relatable and quirky personality brighten your ordinary Friday night. Click the "Get Tickets" button for a fast and safe transaction. 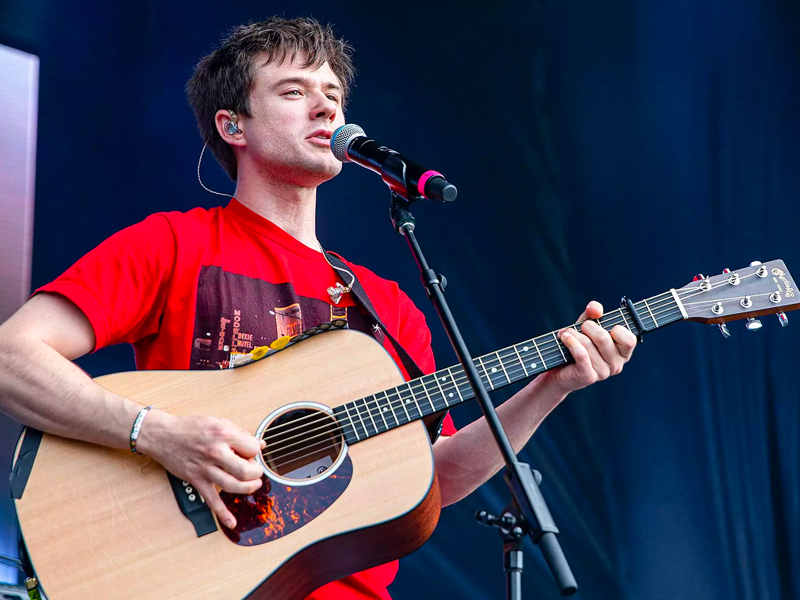 Famous for his multi-platinum breakthrough song "Let Me Down Slowly," Alec Benjamin started his career in 2013. He has released some notable singles that enabled him to garner a significant following. Prior to releasing his debut mixtape, "Narrated for You," the Arizona-raised singer-songwriter made his loyal fans fall in love with his songs "Paper Crown" and "End of the Summer." The mixtape was certified gold, silver, and platinum in several countries, allowing the then 24-year-old Los Angeles-based artist to gain a wider audience.

He released his first album, "These Two Windows," in 2020. Produced by Warner Music, the 10-track album charted in many territories and reached number 75 on the Billboard 200. Just this April, the rising artist released his sophomore album "(Un)Commentary." As a promotion for his album, the rising artist will be hitting the road for a world tour. He will be stopping at California's Hollywood Palladium this October 14, Friday. Benjamin will be joined by the California-native singer Claire Rosinkranz. Claire is a social media star who rose to fame after her TikTok video of her singing an original song went viral. She will perform alongside Alec Benjamin in this concert, loaded with youthful vibes from the two enigmatic singers. Don't miss the chance to see them perform live at The Hollywood Palladium. Get your tickets now!