Do you feel dark forces looming around, summoning you to heed a once-familiar riff emanating from the underworld of goth music? It's not your imagination; it's the real-deal reunion of none other than gothic rock pioneers Bauhaus. It's a special tour de force dubbed as “The Ruby Celebration”, as the band reunites once again to revel with fans as they celebrate 40-rocking-years. This is not just a one-time party. It's a trek across America that would take Bauhaus to several concert stages including the legendary Hollywood Palladium on Sunday 3rd November 2019. Everyone's thrilled to the bone so grab this chance to score tickets, right here, right now! 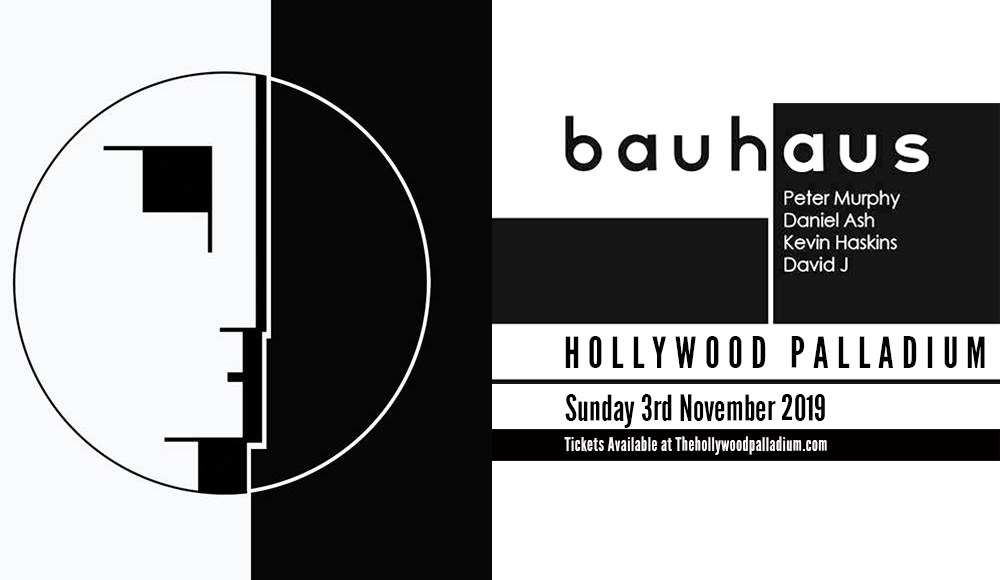 This is actually not the first time for Bauhaus to do a reunion concert. They've had intermittent reunions in the past. Yet the vibe of excitement and anticipation never dissipates among their legions of followers who have followed them since the peak of their careers in the 80s, and new generations of fans they picked up along the way who may have unearthed their treasure trove of goth rock music.

This reunion concert tour comes as an ultra-special treat. “The Ruby Celebration” will paint the town red, or bloody black may seem more appropriate…as Bauhaus turns 40!

Coming together on stage once again, band members share the excitement. “There is something in you… a fire that doesn’t burn, but invokes light… where four individuals become one action and yet retain each of their own singular uniqueness,” Murphy remarked in a press statement. “The David J lookalike that I’ve cheekily placed in the band is not only fooling you but has, by a miracle, become the real thing! It’s David J himself! Look at thaaattt! David J ‘is’ the real thing! Now isn’t that just right, if not, lovely?”

J chimed in, adding, “This series of shows have been some of the most electrifying of my career! The band is super tight and playing with lashings of panache and as for M. Murphy, well, he is simply so damn ON! Ruby rising and then some!

Now, ready to embrace your darkside? No one's stopping you, so don't stop now — book your tickets now!