He may be that face that launched a meme and countless shares on social media. But Blueface now has the last laugh. He is now one of the most revered rap and hip hop artists. And with his ongoing tour, Blueface will now face legions of fans on the live stage. Blueface will conquer the Hollywood Palladium stage on Thursday 10th October 2019 for a headlining concert. Now get those fingers busy. Click the 'buy tickets' button now! 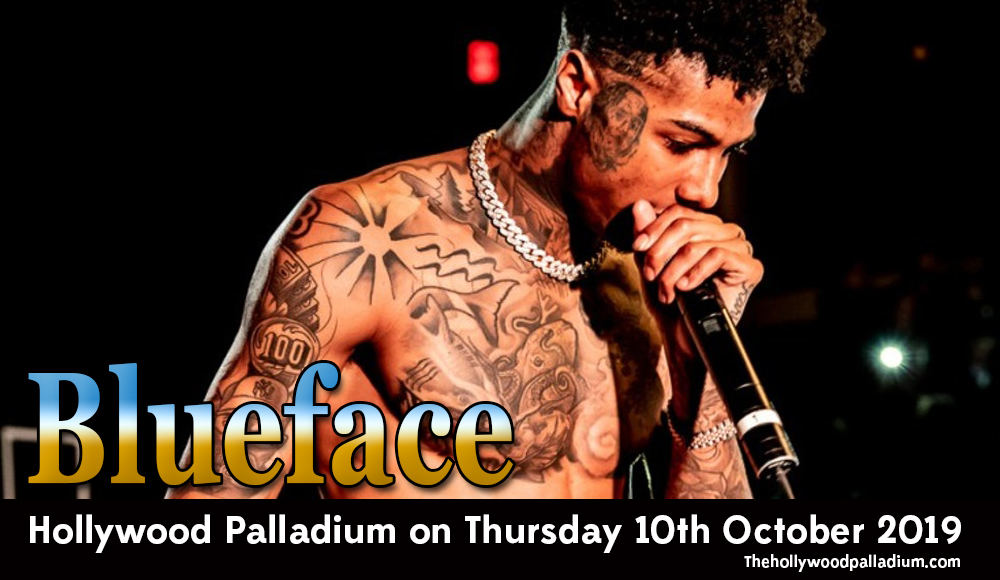 The true test of talent is when one can redeem oneself from the stigma of being tagged as a 'viral meme'. Blueface achieved worldwide popularity fast and easy as the music video for Blueface's song, "Respect My Crypn," was posted to Twitter in 2018. But it wasn't the kind of rep he wanted to establish as a hip hop artist. He had the work his way back and regain his credibility in the hood of rap artists and fans. As he released succeeding singles "Thotiana" and "Bleed It, both songs reached high chart positions in the United States, Canada and New Zealand. It also paved the way for him to secure a spot to play a set at the Rolling Loud Festival in Los Angeles. Since the release of the music video for "Bleed It" in December 2018, it has garnered over 31 million views. On the other hand, "Thotiana", was re-released in 2019 and has become his most successful single to date, peaking at #8 on the Billboard Hot 100.

His face is more than just the meme shared all over social media. Blueface is that unorthodox hip hop artist that could face a live audience and give them one helluva lit concert. Go, grab your tickets now!