Known for its commitment to providing outstanding entertainment from the world's top talent, Hollywood Palladium is outdoing itself this time, as it brings you Dashboard Confessional on Saturday 21st April 2018! Tickets are currently available for this EPIC show, but be quick – they won't last long! 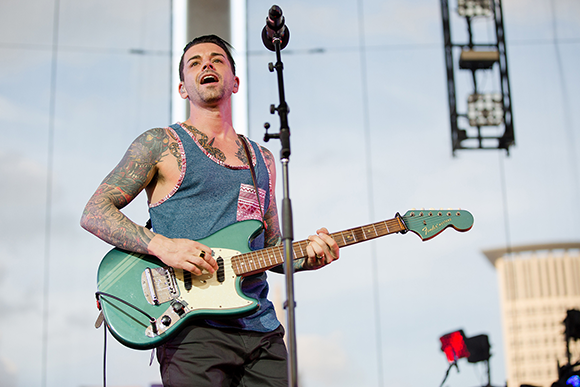 Dashboard Confessional have been creating music together since 2000 with their LP – The Swiss Army Romance and their album – The Moon Is Down. But it wasn't until 2002 when their sound developed with three other musicians; including former Further Seems Forever bandmate Jerry Castellanos, and started the process of recording the band's next album. With the success from their records, the band were asked to perform on MTV Unplugged.

By 2009, Dashboard Confessional were smashing out records and performing across the US, their album, Crooked Shadows included "We Fight" a huge track for that year.

With many albums under their belts, Dashboard Confessional always continue to hit the road and bring to life a collection of songs from over the years, such as on their US tour that featured special guests Say Anything and Ben Lee.

2018 embarks another exciting year ahead and this time you can catch them perform on their headline dates… this is the place to be in the Spring – turn the page and tick off another one of your must-see's!!