Enjoy an exhilarating musical and visual experience at the Hollywood Palladium in Los Angeles this spring! EDM powerhouse Four Tet is bringing his sensational live set to the iconic theater in Hollywood, and he’s bringing along the artist collective, Squidsoup! This monumental collaboration will awaken both your visual and auditory senses because the show will deliver a jaw-dropping light show paired with Four Tet's incredible EDM tracks! If you’re looking for an exciting event to bring your friends, the show is also an incredible rave party packed with epic remixes and Four Tet’s biggest hits! Four Tet’s stop at the Hollywood Palladium is part of his limited six-date run in North America! So if you’re keen on seeing the English DJ’s electrifying live set, you better score your tickets now! 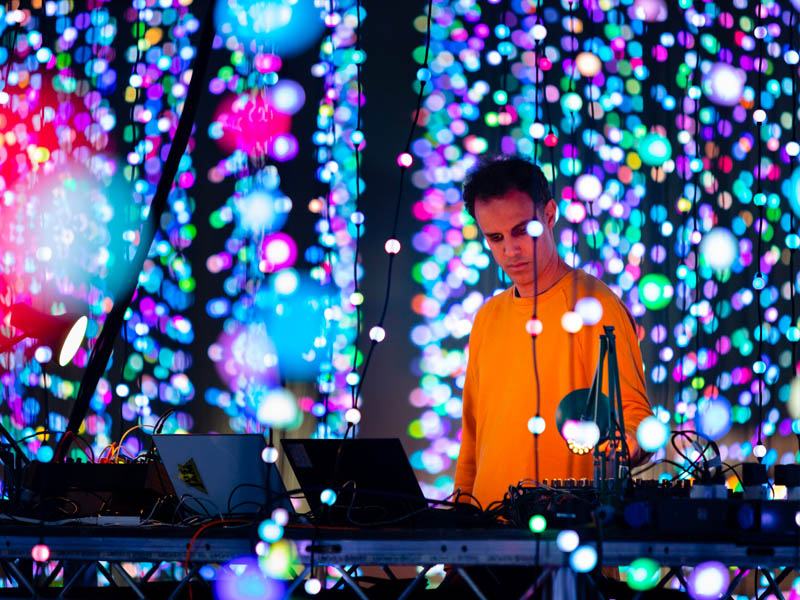 Four Tet’s North American leg consists of only six dates taking place in Los Angeles and New York City. The limited run is part of the EDM artists’ spring world tour, which includes dates in London, Australia, and the U.S. Indie electronica artist Four Tet has been making a groundbreaking impact with his incredible remixes since 1999. He produced a remix of Aphex Twin’s opening track from Selected Ambient Works Volume II. The remix was contributed to Warp Record’s highly-rated compilation album Warp 10+3: Remixes. During the 2000s, Four Tet released several impactful albums, including his sophomore effort Pause, in 2001, Rounds in 2003, and Everything Ecstatic in 2005. These highly-acclaimed efforts, released through Domino Records, were able to enter the U.K. chart. The album contains several folk music influences, which critics call “folktronica.” In 2010, Four Tet’s fifth effort, There is Love In You, entered the U.S. chart and peaked at number 35 on the U.K. chart. Although performing moderately on the mainstream chart, this was already a feat for a niche indie EDM artist.

Catch Four Tet and Squidsoup this Wednesday, 3rd May 2023, at the Hollywood Palladium by scoring your tickets now!