The queen of queer pop, Hayley Kiyoko, comes to Hollywood Palladium on Friday 13th March 2020 on her I’m Too Sensitive For This Sh*t Tour! The outing supports the release of her hot new album, which includes the singles “I Wish” and “Demon,” and will be the LGBTQ icon's biggest tour to date! A fun and confident performer with swag by the bucketload, Kiyoko is a must-see live act if you want to party, so get ready to sing along and dance like crazy! 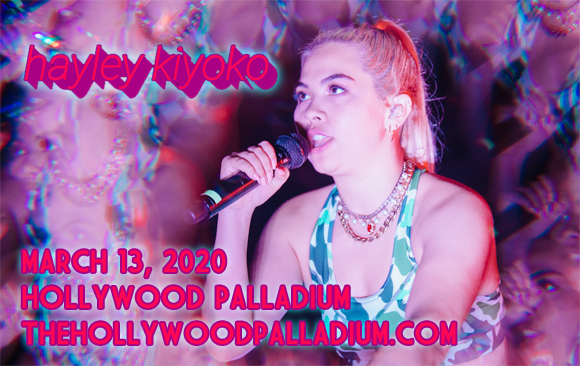 American singer, songwriter, and actress Hayley Kiyoko began her career as a child, appearing in films including Scooby-Doo! film series (2009–10), Lemonade Mouth (2011), Blue Lagoon: The Awakening (2012), Jem and the Holograms (2015), and XOXO (2016), as well as appearing on television and modelling. In 2007, was a founding member of short-lived pop girl group The Stunners, who disbanded in 2011. She released her partially crowd-funded debut solo EP, A Belle to Remember, in 2013 and her second EP, This Side of Paradise, in 2015, launching the single "Girls Like Girls". That year, Kiyoko signed with Atlantic, and she released her debut album, Expectations, on the label the following year, reaching number 12 on the Billboard 200. Her second studio album, I’m Too Sensitive For This Sh*t, will be released in 2020.