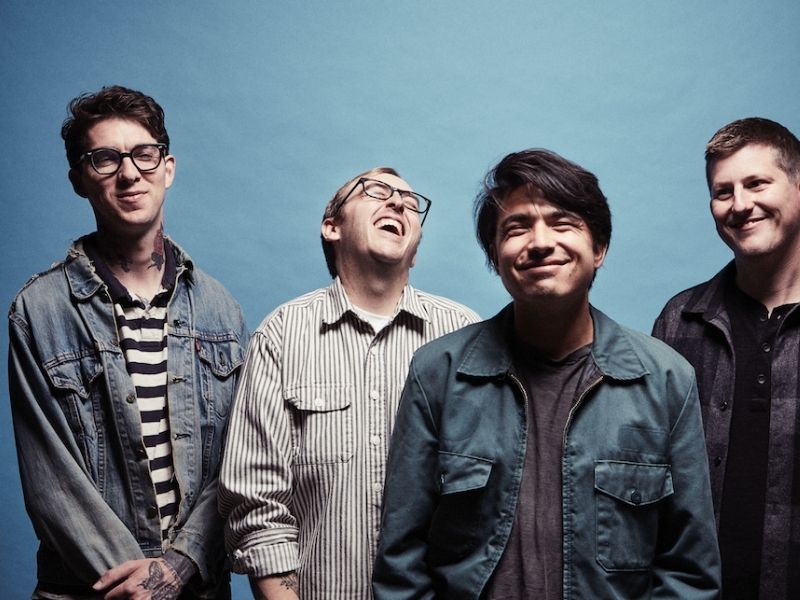 Buy your tickets now for Friday 20th August 2021 at the Hollywood Palladium and enjoy the night with Indie rock band Joyce Manor.
Formed as a duo by Barry Johnson and Chase Knobbe in 2008, Joyce Manor later became an Indie rock band. The four membered band is currently made up of, Barry Johnson as lead vocalist and guitarist, guitarist Chase Knobbe, bassist and back-up vocalist Matt Ebert and drummer Pat Ware.
Their debut self-titled full length album was released in 2011. Since then the band has released 4 more studio albums, 7 EPs and 2 compilation albums. Their most recent audio release was the compilation, Songs From Northern Torrance, in 2020.

Known for their use of mixing major and minor chords in their music, they create a tension and understanding of two opposite emotions- vulnerable sadness with a hard toughness that reflects the messiness of life. Johnson said that, 'I like when songs have a feeling of yearning. It just feels good to me. Makes you wanna cry.' Their self-expressive music allows listeners to fully immerse themselves in past experiences, with beats to rock to.

Book your tickets now for a night with Joyce Manor on Friday 20th August 2021 at the Hollywood Palladium.