The second quarter of 2023 is Glock Season, and you are invited to party with the new face of Memphis rap, Key Glock, this April 15, as he brings his "Glockoma Tour" to Hollywood Palladium. Join the 25-year-old rapper-songwriter as he sets the stage ablaze with his catchy songs and trap beats that show his artistry and talent. If you want to spend your Saturday night vibing to Key Glock's greatest hits like "Ambition For Cash," "Russian Cream," and "Jigsaw," this concert is perfect for you. Score your concert tickets as early as today and prepare for one epic rap show that will blow your mind. 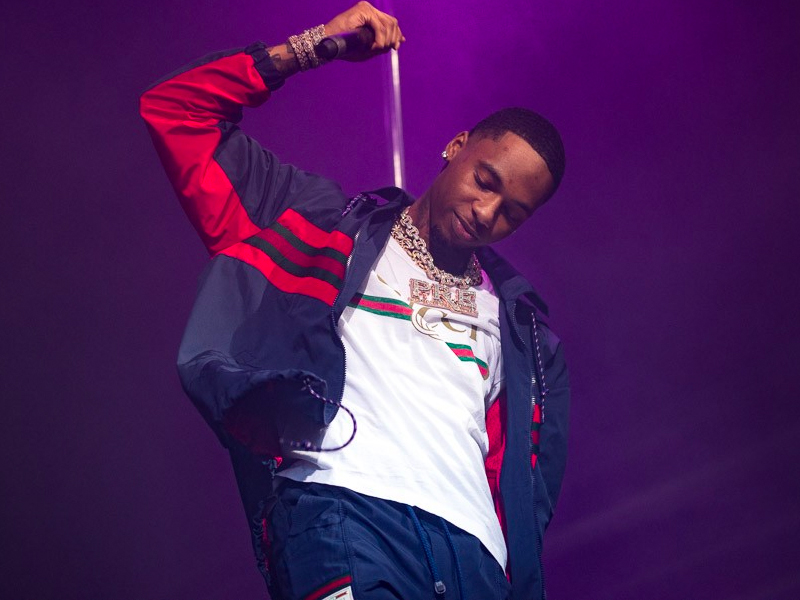 Born Markeyvius LaShun Cathey, Key Glock is one of the fastest-rising rappers in the world today. He is considered the new face of Memphis rap as his sound genuinely stays true to his roots with an emphatic midtempo flow and trunk-rattling trap beats.

Starting his career in 2016, the rapper-songwriter began to break into mainstream rap by actively releasing songs through mixtapes. His first mixtape, 2016's "Whole Lotta Errthang," was widely distributed. The mixtape's positive reception boosted Key Glock's reputation as a promising young musician. "Yellow Tape," his debut studio album, was released in 2018 and contained the top 40 hit "Mr. Glock." The album peaked at #14 on the US Billboard 200 chart, cementing his standing in the rap music scene. It was followed by his equally successful sophomore album, "Yellow Tape 2," which peaked at #7 on the US charts and #3 on the Billboard Rap Charts.

Over the years, Key Glock was able to collaborate with several musicians, including Young Dolph, Moneybagg Yo, and Blac Youngsta. In addition, Key Glock has been included on featured in songs by Lil Baby and Gunna, all of which helped in increasing his popularity.

This year, the 25-year-old rapper will be embarking on a North American tour dubbed "Glockoma Tour." The 31-city tour will be kicking things off in Atlanta, Georgia, on March 2. Together with another Memphis rap artist, Big Scarr, as his guest of the tour's entirety, Key Glock will conquer major cities, including Detroit, Indianapolis, Cincinnati, Sal Lake City, San Francisco, and San Diego, among many others, before concluding the series of shows at Nashville, Tenessee on April 18. He will stop at Los Angeles's Hollywood Palladium on April 15. Catch his performance and Big Scarr's in a concert that any rap fan would not want to miss. Get your tickets now!