Local Natives are headed to Hollywood Palladium on Saturday 22nd June 2019 on the Spiral Choir Tour! The aptly-named LA-based five-piece are touring to promote their eagerly-anticipated follow-up from 2016's Sunlit Youth, which will no doubt be lapped up by their home crowd! The indie-rockers have kept quiet about the new release so far, but no doubt the group's new tunes will be as infectious as ever! 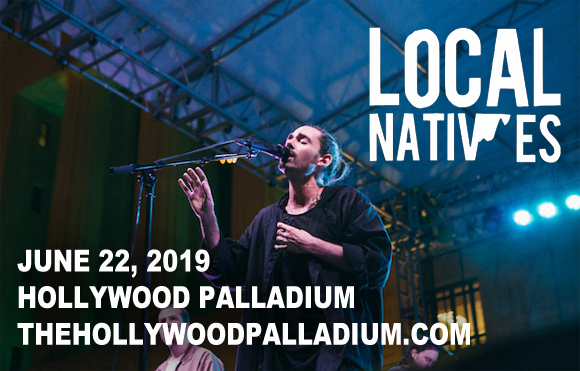 American indie rock band Local Natives was formed in 2008 in Silver Lake, Los Angeles, California. The group's self-funded debut album was released in 2009 in the UK, and 2010 in the US, and was named Gorilla Manor after the house that the band all shared when writing the album. The band started gaining public attention in 2009, when they performed nine shows at the 2009 SXSW festival in Austin, Texas, where critics reacted to them favorably. They released their second studio album, Hummingbird, in 2013, followed by Sunlit Youth (2016), which is their most recent LP release.