Manchester Orchestra, The Million Masks of God, is out now! The Indie-rock, Prog-rock album was released in February 2021, with a similar sound to their previous album, Black Mile, both in sound and storytelling, and that it "successfully expands further still on the huge ambition and the cinematic scope introduced by its predecessor." Manchester Orchestra will be playing live at Hollywood Palladium on Saturday, February 26th 2022 with special guests Foxing. Grab your tickets now for an unforgettable night out, with an unforgettable new album, that has to be heard live! 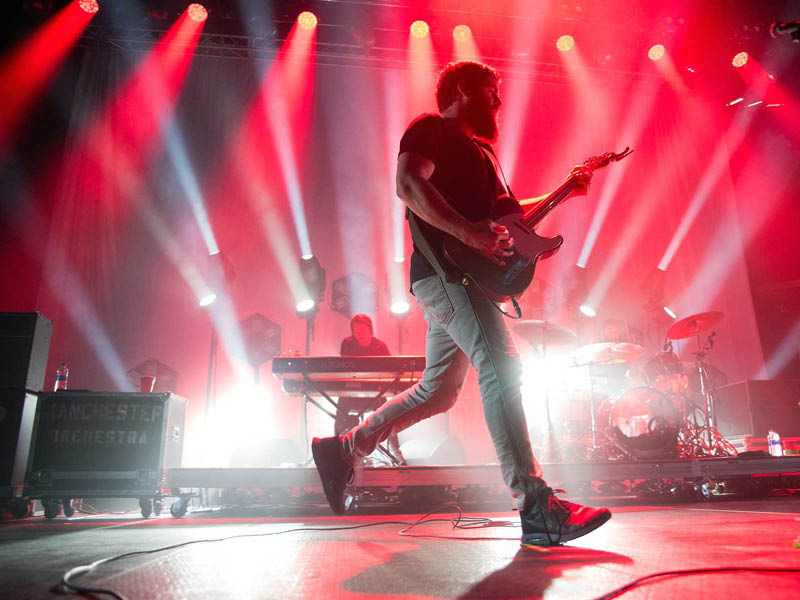 Indie-rock band Manchester Orchestra are from Atlanta and is composed of rhythm guitarist-singer-songwriter Andy Hull, lead guitarist Robert McDowell, bassist Andy Prince and drummer Tim Very. They have released several extended plays and six studio albums: I'm Like a Virgin Losing a Child, in 2006, Mean Everything to Nothing, in 2009, Simple Math, in 2011, Cope, in 2014, A Black Mile to the Surface in 2017 and their latest album, The Million Masks of God came out on February 18, 2021. The band has performed at major music festivals such as Lollapalooza, Bonnaroo, Coachella, Riot Fest, Shaky Knees Music Festival, Firefly Music Festival, Reading and Leeds Festivals, Austin City Limits Music Festival and more, including their own hosted and curated annual festival, The Stuffing, held on the day before Thanksgiving in Atlanta, GA.
The Million Masks of God, debuted at number 31 on the Billboard 200, number 5 on the Top Rock Albums, number 3 on the Top Alternative Albums, and number 4 on the Independent Albums charts. The singles off the album are, “Bed Head”, and, “Keel Timing”, with Hull stating that "Keel Timing" "serves as a prequel" to "Bed Head", and is "an isolated internal investigation about personal growth," the last single to be released was, "Telepath", with Isaac Deitz, and describing it "the ebb and flow of lifelong commitment to another person."