Meshuggah are returning to North America, the Swedish extreme tech-metal pioneers will riff through Hollywood Palladium on Sunday, March 13th 2022 with very heavy guests, none other than, metal core architects Converge, while Florida quartet Torche will be opening the shows. You will want to buy some tickets now, the latest news is; Earlier this year, Meshuggah has already recorded its ninth studio album, founding guitarist Fredrik Thordendal has returned to the band full time after departing in 2017, and that he'll be performing on the upcoming material and this forthcoming tour, there's a good chance you will be hearing some brand-new riffs! 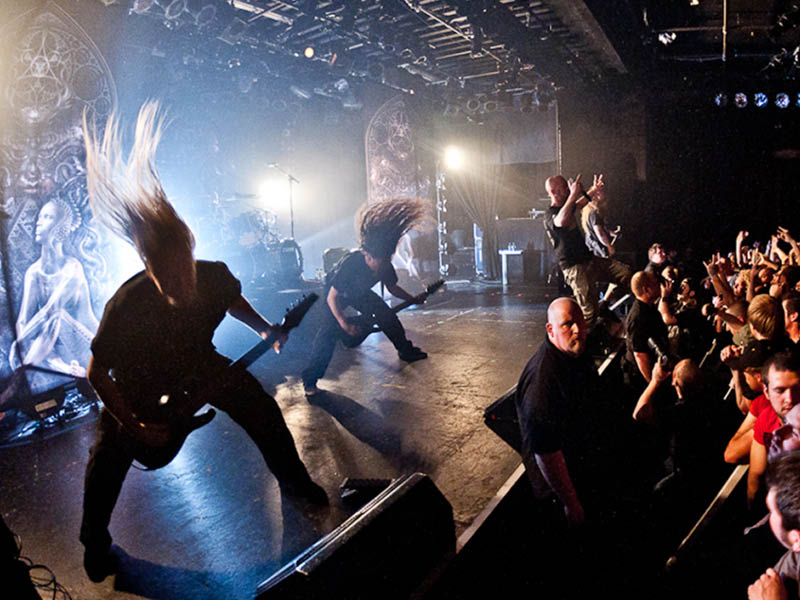 The as experimental metal, extreme and avant-garde metal band from Umeå in Sweden, Meshuggah are lead vocalist Jens Kidman, lead guitarist Fredrik Thordendal, drummer Tomas Haake, rhythm guitarist Mårten Hagström and bassist Dick Lövgren. They have released eight studio albums, and six EPs, their latest offering, The Violent Sleep of Reason, came out in 2016, with the single, "Clockworks" being nominated for a Grammy Award for Best Metal Performance in 2018.
As for the new, yet unnamed album. Tomas said: “Of course, we have a certain framework that we still wanna sound like Meshuggah, we wanna have that signature sound, we want people to be able to, even if they haven't heard the song before, in the best-case scenario, it's, like, 'Oh, that's gotta be Meshuggah,” “But with that said, as far as the music goes, we try to do kind of the opposite of what AC/DC has been doing for 40 years.” He continued, “we're not trying to write the same album over and over, we try our best to kind of find new grips within the framework of what we're supposed to be, but we're not looking to be another band all of a sudden or something that we haven't been or that is not true to kind of what we're doing.”