Of Monsters and Men Tickets

If you've been obsessed with their smash hit single "Little Talks", Of Monsters and Men is giving you the reason to turn your whispers into a scream. At the top of your lungs, make a shoutout to your gang of indie pop fans that Of Monsters and Men are back on the road. Yes, they're plying on the concert trail and one of their tracks lead to the Hollywood Palladium on Monday 23rd September 2019. For this one, haste makes…a golden opportunity for you to secure your tickets and catch this highly in-demand show before tickets sell out. 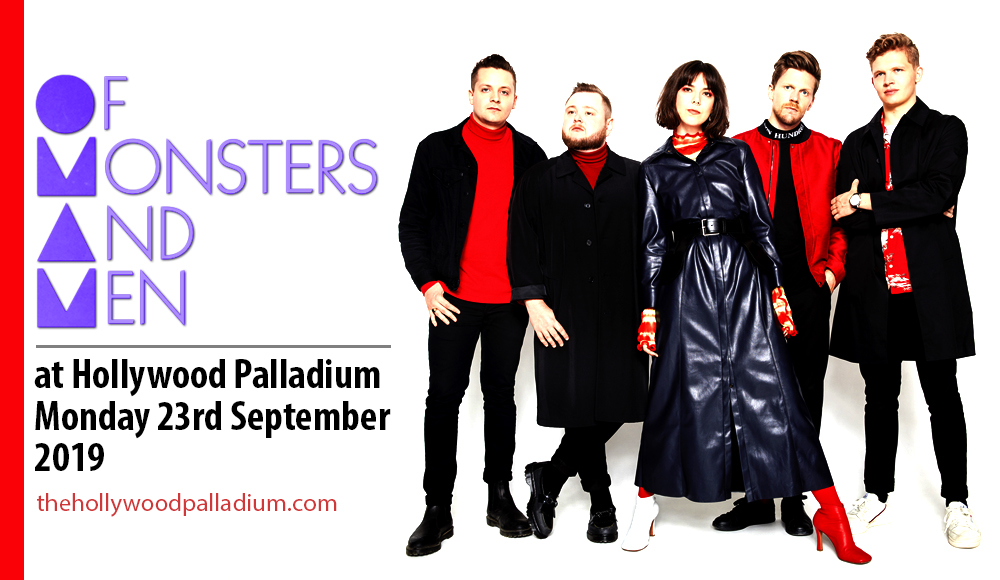 After bagging the grand prize in the Músíktilraunir –an annual battle of the bands' competition in their native Iceland in 2010, Of Monsters and Men promptly released their first EP titled "Into the Woods" and their debut album My Head Is an Animal. As the album reached the No.1 positions in Iceland, soundwaves travelled fast and made big waves in foreign shores –reaching and peaking at the No.1 position in Australia, Ireland and the U.S. Rock and Alternative Charts. The album also took the No. 6 spots on the U.S. Billboard 200 album charts, No. 3 in the UK, and landed on the Top 20 in most parts of Europe and Canada. With the raging global success of the single 'Little Talks", they also collected a multitude of fans along the way. The band is currently on a concert trek in support for the release of their third album Fever Dream, featuring the lead single “Alligator”.