Are you ready to hear the good news? Pennywise is set to make the stage of Hollywood Paladium in Los Angeles, California burning with their terrific performance! Join them as they celebrate their 25th anniversary Choose between the dates January 18 and 19, 2013 at 7:00 PM.

The punk rock band Pennywise have sold over 3 million records worldwide making them one of the most successful independent punk acts of all time. To date, the band’s kick ass line-up includes Jim Lindberg as the lead vocalist, Fletcher Dragger plays the guitars, Randy Bradbury as the bassist and Byron Mcmackin as the drummer. They have lost a brilliant bassist, a key songwriter and a very close friend when Jason Thirsk committed suicide in 1996. Their grief and painful realization became the heart of their album, Full Circle which was dedicated to Thirsk. It consists of poignant songs like “Bro Hymn” and “Unknown Road”. 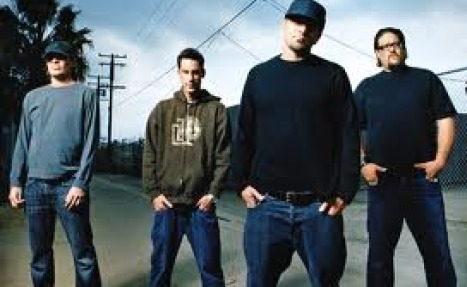 Apart from having a remarkable angst in their live performances, the band is also known for their amazing songs that embark upon a wide range of topics that commonly occur all over the world. The lines on their tunes like “Fuck Authority”, “Society”, “Victim of Reality and “God Save the USA” lucidly express spiteful moral and political truths that are happening to society. This group uses their gift of music to inspire and empower people, to convey messages that could serve as a wake-up call, will make their listeners realize the important things in life and possibly change the world for the better.

Their little leap to make a change, their desire to encourage people and their gallantry to voice out and point out the society’s immorality made them truly commendable. Sing along with Pennywise, scream your heart out and emerge feeling better, exhilarated and energized! Buy your tickets without delay baby!