The Japanese-British superstar, Rina Sawayama, is set to welcome you to 'this hell as kickstart her North American tour in support of her upcoming record, "Hold the Girl". With a club-banger title track out on the airwaves, fans have been itching to hear new material from the fearless singer. Touted as "an experimental pop visionary" by Lady Gaga, Sawayama has broke boundaries by dropping tracks that pleasingly strike hard. Her Hold The Girl Tour is hitting the stage at Hollywood Palladium on Saturday, 19th of November 2022. With an apocalypse-ready new record, the stage is ready to welcome fans to 'this hell of a new era. Book your tickets now! 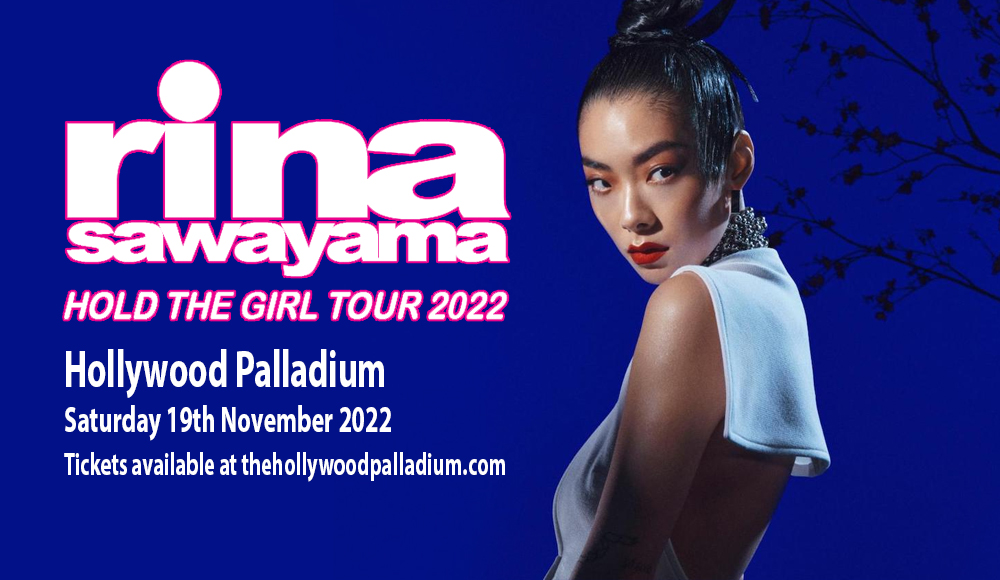 With a highly-anticipated new album coming out very soon, Rina Sawayama is sending out the invites to 'this hell of a celebration at the Hold The Girl Tour. Her new record "Hold the Girl" is scheduled for release this September 16th. Known for her rule-defying electropop goodness, Sawayama is set to throw big surprises in her new record and at her big headlining tour. Having previously shared "This Hell" and "Catch Me in the Air" off of her upcoming album, Rina recently dropped the title track of the new record.

"Hold the Girl’ was the first song I wrote for the record," she shared in a statement. "I had gone to therapy and had a revelation, so I decided to write this song … that was the start of it. I was crying before going into the studio to write about it." she explained.

As a post-disco electro anthem, Sawayama explores themes of letting go and embracing her inner self, singing to her younger self "I won’t leave you on your own."

Known for her unique and rule-breaking style of music, Rina Sawayama is an intentional artist. Her craft is pure and authentic – one that delivers powerful messages. "I think the temptation, as an artist these days, is to look online and see what the fans want," she shared with The New York Times. "But I’m going to write something that’s meaningful and worth people’s time."

Having dropped her debut album "SAWAYAMA" in April of 2020, much of the world may have been at home, but ears were all directed to Rina's craft, amassing widespread critical-acclaim. The record features her singles "Comme des Garçons (Like the Boys)", "XS", "Chosen Family", and "Bad Friend". Making appearances in over fifty album of the year lists including those of Rolling Stone, The Guardian, and New York Times, Rina Sawayama challenged the landscape of intentional and authentic messages in wonderfully crafted tracks.

Going beyond the current, Rina Sawayama's success wasn't just all about praises and online acclaim. The magnitude of her record's success challenged the BPI to change the rules which now allowed the artist to receive her nominations for various awards including the Mercury Prize and BRIT Awards. With support from Elton John and a massive "#SawayamaIsBritish" movement from fans, BPI responded and now allows anyone who has remained for over 5 years in the UK as a permanent resident to be eligible for such matters.

Bringing powerful music to the table and changing the game, Rina Sawayama's second studio record is one that's highly anticipated to strike through. Described as "an experimental pop visionary who refuses to play by the rules" by Lady Gaga, Sawayama is set to serve intentional music true to her heart amidst an ocean of trendy online bops.

Don't miss out on the Hold The Girl Tour by booking your tickets now!