Who would have thought that one of the greatest and most unforgettable basketball stars is also a DJ? That’s right! NBA legend Shaquille O’Neal a.k.a. DJ Diesel, is hitting the Hollywood Palladium on Saturday 6th August 2022! Shaq’s Bass All-Stars has become an annual tradition for fans who love electronic dance music. This much-anticipated rave in Los Angeles celebrates Shaq’s love for music and natural talent for entertaining the crowd. This year, the line-up features Whipped Cream, Yehme2, Chee, and Celo! What are you waiting for? If you want to be part of something fun and exciting, get your tickets now and see DJ Diesel spin out the most high-energy EDM tracks at the Hollywood Palladium! 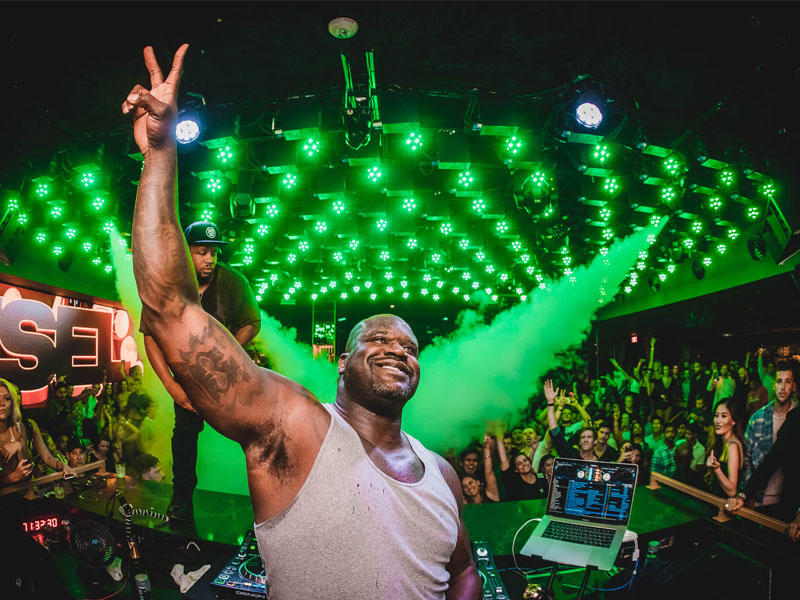 Shaquille O’Neal needs no introductions. The basketball star has entertained the world for 19 years with his athleticism. The four-time NBA champion and three-time Finals Most Valuable Player wrapped up his basketball career in 2011. Still, he remains one of the most recognizable NBA icons, thanks to various gigs, such as films, TV show hosting, businesses, commercial appearances, and more!

Apart from a stellar basketball and TV personality career, Shaq has a budding career as a DJ. He first ventured into music in 1993 with the release of his hip-hop album, Shaq Diesel. The album debuted at number 25 on the Billboard 200 and number 10 on the Top R&B Albums chart. Shaq Diesel eventually earned a platinum certification after selling more than one million units in the U.S. After a successful debut, he released three more studio albums and two compilation albums. In 2014, Shaq discovered his love for electronic dance music while attending the famed EDM festival, TomorrowWorld. After witnessing the incredible DJ sets of Steve Aoki and Skrillex, Shaq revived his music career and debuted as DJ Diesel at TomorrowWorld the following year. Apart from TomorrowWorld, DJ Diesel has performed on the mainstages of other popular music festivals, such as Tomorrowland, Lost Lands, Life in Color, and EDM events all over the world. At 7 foot 1 inch tall, DJ Diesel not only has achieved becoming an international music icon, but he has literally become the biggest DJ in the world!

Tickets to see Shaq’s Bass All-Stars at the Hollywood Palladium are now available!