Australian DJ Wax Motif is back to bring his sick beats and remixes to the stage at Hollywood Palladium on Saturday, 4th of June 2022. Emerging in 2008, Wax Motif's craft has received acclaim and recognition from the likes of Diplo, A-Trak, Major Lazer, and many more. The crowd-favorite DJ just dropped his 17-track debut album "House of Wax" this year. Get ready to rave to Wax Motif's best beats, remixes, and new tracks at Hollywood Palladium by booking those tickets now! 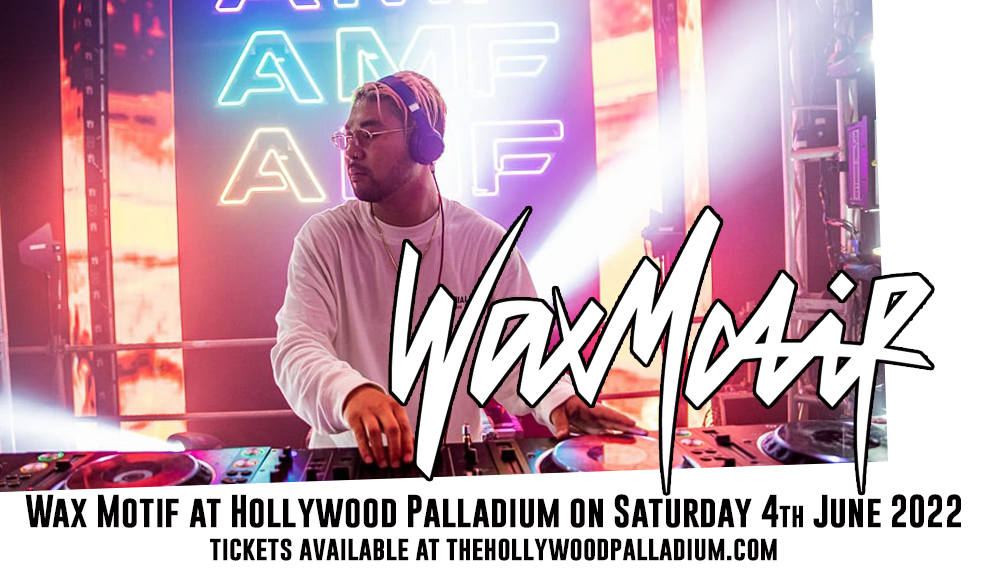 Sydney-born Danny Chien, or as we all know as Wax Motif, is highly regarded for his contribution to the G-house movement, dropping three EPs namely "True Joy", "Tokyo", and "Forsaken" since emerging in 2008. 2022 marks Wax Motif's growth and dedication to leveling up his sound with the release of his debut album "House of Wax".

“These are all songs that I have made over the years that fit my overall style and are meant to stand the test of time—some of these were created years ago,” Wax Motif says. “This album shows my progression, the different styles I’ve tested, and the sounds that felt true to myself.”

With influences from R&B, UK bass, and disco up his sleeve, Wax Motif exudes a unique character to his craft, making him a highly acclaimed producer with expressed support from Major Lazer, Diplo, A-Trak, GTA, Oliver Heldens, Tommy Trash, and Jauz.

As Wax Motif continues to rise in the EDM scene, he's set to welcome more fans into the family with "House of Wax". Catch him perform live on stage at Hollywood Palladium, leading the rave party on June 4th. Book your tickets now!