A thug and a machine gun is not likely the kind of person you want to come face-to-face with down a street. But that's the kind you would definitely want to see on the live stage. Young Thug & Machine Gun Kelly — what team-up could be more explosive than this?! Indeed, they have joined forces for a brand new run of their North American tour. Young Thug & Machine Gun Kelly are slated to perform at the Hollywood Palladium on Monday 18th November 2019. Fans from both sides of the camp are pulling all the stops to get their hands on this hot ticket. But you really don't have to hustle double time. With just a few easy clicks on the 'buy tickets' button, you'll be saving yourself a seat and space for you to witness frenetic energy and pumped-up hip-hop grooves courtesy of Young Thug & Machine Gun Kelly. Go, book your tickets now! 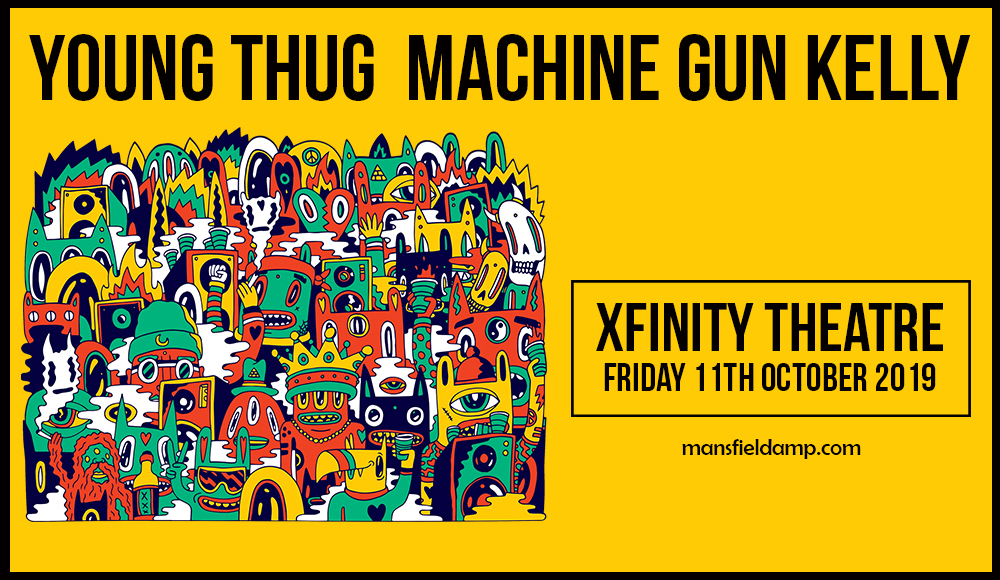 There's no need for a triple threat, when you've got double-trouble. Young Thug & Machine Gun Kelly. These hiphop superstars are into some serious business pulling-off one of the biggest hiphop live team-ups of the year. The announcement of their joint tour is one that has hyped-up fans eversince they dropped the word on social media.

Young Thug may be one of the most eccentric hiphop artists to date. But his fashion sense does not overshadow what he came here for –his music. Critics and bashers may have had their field day on 'judging' his weirdness. But Young Thug just let the music and the accolades speak for themselves. Young Thug was awarded the Grammy Award for Song of the Year at the 61st Annual Grammy Awards for his songwriting contributions to "This Is America" along with Donald Glover and Ludwig Göransson. He is best known for his work on the 2017 hit song "Havana" by pop singer Camila Cabello. The song was a commercial success reaching number one in multiple countries, including the US where it hit number one on the Billboard Hot 100 in January 2018.

Another artist who has fired-up the single "Bad Things", also with Camila Cabello, is Machine Gun Kelly. Peaking at number 4 on the Billboard Hot 100, "Bad Things" is his highest charting single to date. Alongside his chart-bustin' hits like "Wild Boy", "Invincible", "Stereo", and "Hold On (Shut Up)", Machine Gun Kelly is a bonafide movie and TV actor. His acting debut came via the 2014 romantic drama Beyond the Lights; and had a recurring role on the Showtime series Roadies in 2016. Recently, he was one of the leads in two major Netflix releases, Bird Box and the Motley Crue biopic, The Dirt.

Two big names in one concert. What could get bigger than this? Book your tickets now!