DaBaby comes to Hollywood Palladium on Sunday 6th February 2022 as part of his North American tour. The rapper, who has been amidst certain controversies, will be starting his tour in late November and conclude it around February. DaBaby has a huge fan following, but some of his comments were criticized last summer during the Rolling Loud festival in Miami. This will be his first live tour since the incident. If you’re looking for some incredible rap performances of DaBaby on his upcoming Live Show Killa tour, make sure you buy your tickets right now before they sell out. 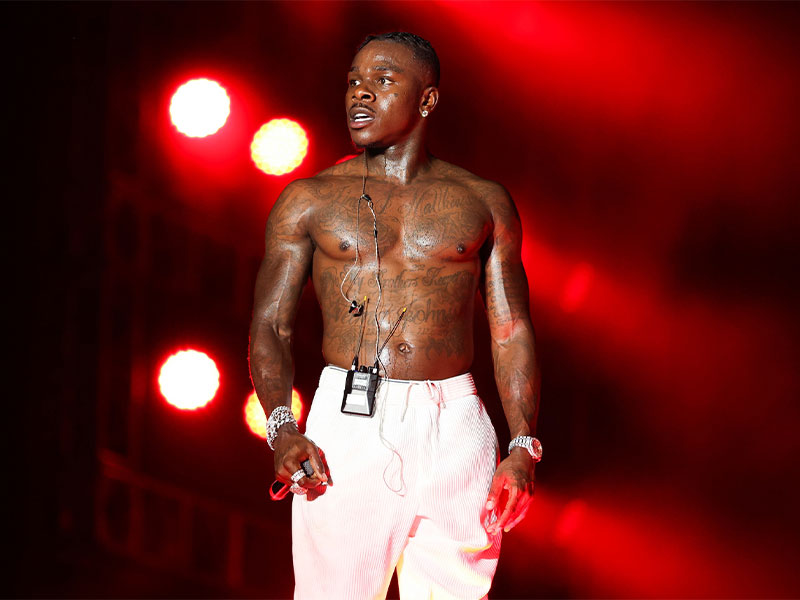 DaBaby makes his return after he passed specific homophobic comments for which he later apologized. He mainly addressed the LGBTQ+ community for any hurtful comments that he made, and fans appreciated that he could accept and acknowledge his mistake. DaBaby also made an appearance at 50 Cent’s set at the New York version of Rolling Loud Festival. Once again, he was welcomed with warmth and cheers from the audience and enjoyed his performance throughout.
Jonathan Lyndale Kirk, also known as DaBaby, hails from Cleveland, United States. DaBaby released several mixtapes between 2014-2018 but gained widespread recognition in 2019 with his debut studio album, Baby on Baby. The album went on to peak at number seven on the Billboard 200, and since then, the artist has amassed a massive following. Similar to his first album, his second album, Kirk was also a huge success. It featured multi-platinum records such as Intro and Bop. DaBaby unleashes a tremendous amount of energy at his live concerts, where fans can feel the overall aura of the place. He is known for selling out venues, so make sure you grab your tickets right now!