The brand new album Orion releases on June 14th 2019, this is the tour you have been waiting for 4 years to be a part of, So don’t miss it! 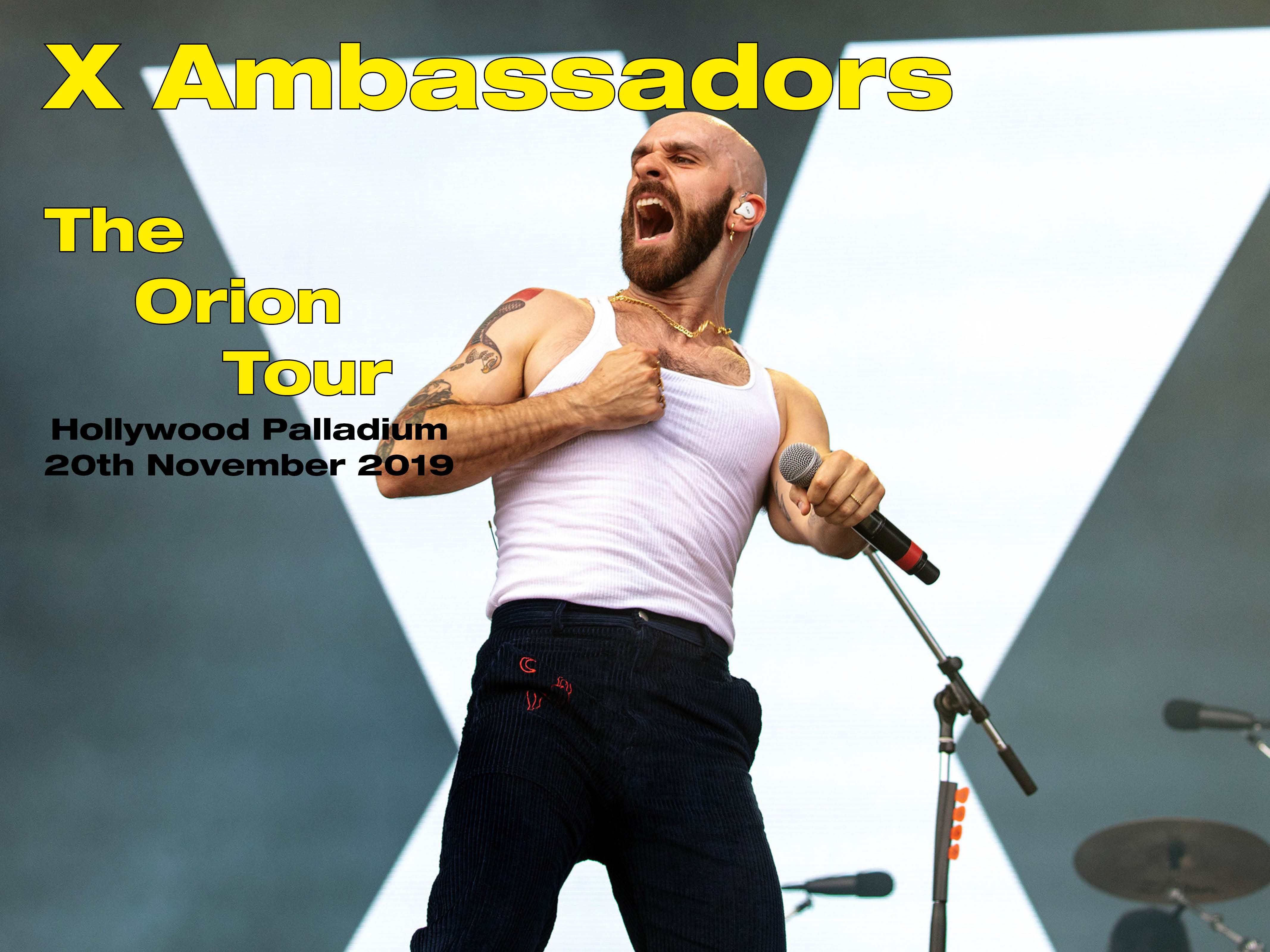 X Ambassadors are lead vocalist Sam Harris, keyboardist Casey Harris, and drummer Adam Levin. The have described themselves as distinctly rock with a few indie bits, likening themselves to bands like Incubus and Red Hot Chilli Peppers. This album was not supposed to be so long after the previous 2015 debut VHS, In fact they had a planned album in 2017-2018 called Joyful but ultimately cancelled it in early 2019 with Lead singer Sam Harris stating that Joyful was the second iteration of their second album, and that they felt like the songs on it did not represent where they were at.

“From the infectious rockers "Hey Child" and "Boom" to the acoustic-and-strings heart-tugger "History," the new album bristles with interesting songs and textures. Rising star K.Flay's voice blends nicely with Harris' on "Confidence" while "Wasteland" has a sort of U2-ish vibe. Lyrics that deal with economic insecurity fuel the super mid-tempo "Quicksand" and "Rule" is a little needy smoky piano ditty.” – Mark Kennedy, Associated Press, The Washington Times – about their new album releases

“Dipped in deep blue lighting, a lone guitarist stepped on-stage. The crowd could barely contain their excitement as screams, whoops and hollers escaped in anticipation of the alt-rock band’s performance. As the guitarist launched into an epic solo, X Ambassadors arrived on-stage to dive straight into one of their biggest hits, “Jungle.”
The audience lost it. A wave of people leapt up from their seats to dance and sing along to the music. The band’s vocalist Sam Harris closed the opening song with a stellar performance on the saxophone. The crowd roared. The music cut. The vocalist spoke.” – Shannagh Rowland, The Knockturnal 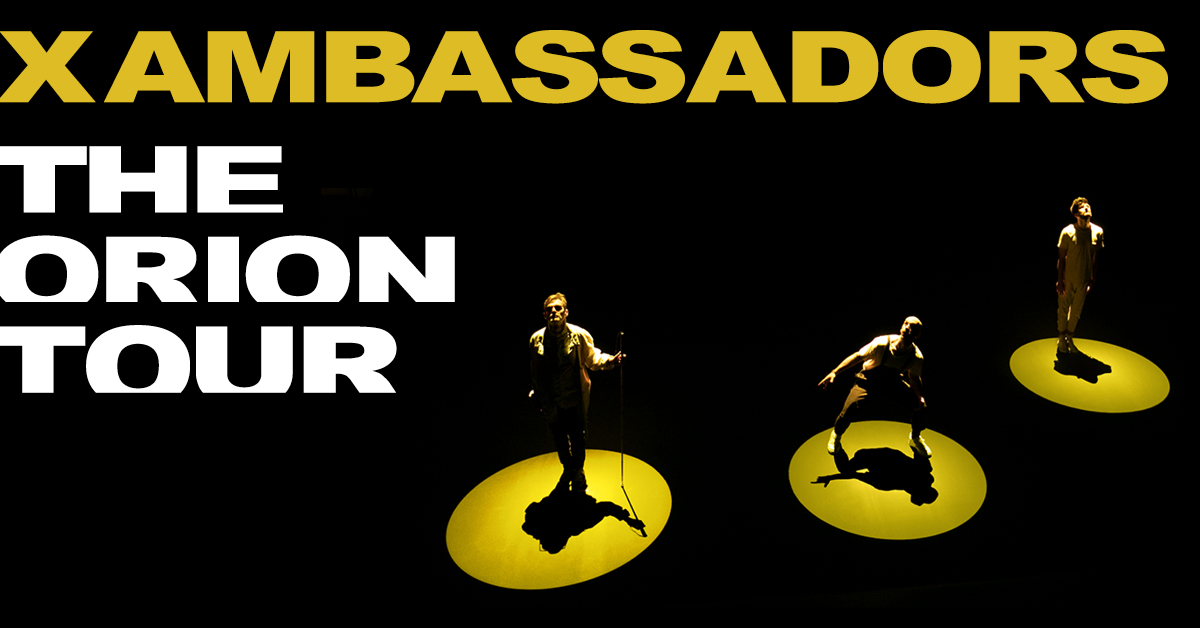