A night of pure Thrash and the heaviest of metal awaits you with Anthrax’s 40th Anniversary tour with co-headliners Black Label Society both playing headline sets. Joining the band in support is Hatebreed, celebrating the 20th anniversary of their Perseverance album, only at Hollywood Palladium on Friday, July 29th 2022. Grab some tickets and get ready to f***ing rage! This is literally some of the finest heavy metal and thrash metal bands in the world, Black Label Society and Anthrax have shared festival stages and one-off shows numerous times, but this marks the very first time these two bands will tour together. 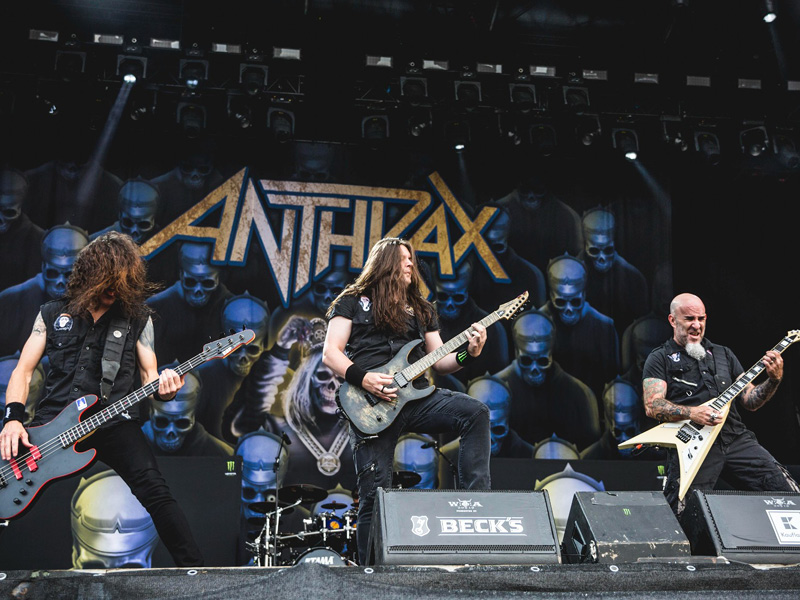 “Zakk has been a friend and an inspiration to me as a guitar player, songwriter, and beard grower since we met in 1988," said Anthrax's Scott Ian. "We've had the privilege to share festival stages with Zakk and BLS around the world, and it's always been a head-banging mutual admiration society between the two bands. Now we get to share the stage every night on what is easily going to be the heaviest tour of 2022 — the ultimate pounding one-two combination of bands. Oh, and did I mention we've got fucking Hatebreed with us as our special guests? Holy crap, it's going to be the night of 1000 crushing riffs. I can't wait to see you all on the road.”

From New York City, Anthrax are considered one of the top 4 thrash metal bands in the world. They are the sole remaining founding member, guitarist Scott Ian, lead singer Joey Belladonna, lead guitarist Jon Donais, bassist Frank Bello, and drummer Charlie Benante. Their latest and eleventh studio album, For All Kings, was released in February 2016.