At The Drive In Tickets

At The Drive In is back with a vengeane –heavier, louder, raunchier the third time around! This reunion tour of sorts s getting fans all hyped-up to revel in the band's second reunion, after a hiatus from the concert stage since their 2012 performances. You surely don't want to miss this chance to rock your heart out. Go, get your tickets now! 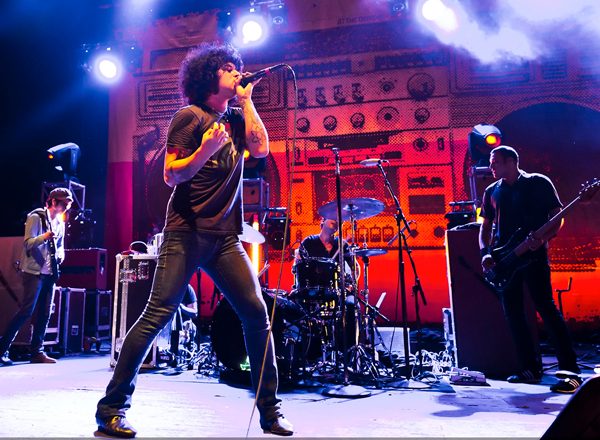 At the Drive In first called it quits in 2001, after getting together in 1993 as a post-hardcore band from El Paso, Texas. Their final album release in the year 2000, 'Relationship of Command' was their legacy which was heralded as a landmark and critically lauded album in the post-hardcore genre. As band members gone their own separate ways, they went on to have successful music ventures that spawned the bands The Mars Volta and Sparta. At The Drive was brought together onstage after 12 long years, on the Coachella Valley Music and Arts Festivals, and at the 2012 Lollapalooza Festival. This year 2016, another reunion is bound to take place as they go on the road once again, this time with its current member line-up: Cedric Bixler (vocals), Omar Rodríguez (guitar, vocals), Paul Hinojos (bass), Tony Hajjar (drums) and Keeley Davis (guitar, vocals).