This summer, electronic Hip-hop and jazz musical act Big Gigantic is embarking on a long-awaited U.S. outing titled the Brighter Future Tour! The duo, known for their remixes and infusing electronica with jazz, hip-hop, and alternative elements, are traversing the country on a 26-date trek. On Saturday, 9th July 2022, Big Gigantic will make a stop at the Hollywood Palladium in Los Angeles, and they are also bringing special guests Goldfish, Party Pupils, and Covex! Score your tickets now and experience the most epic night of electronic music as Big Gigantic lights up the stage at the Hollywood Palladium! 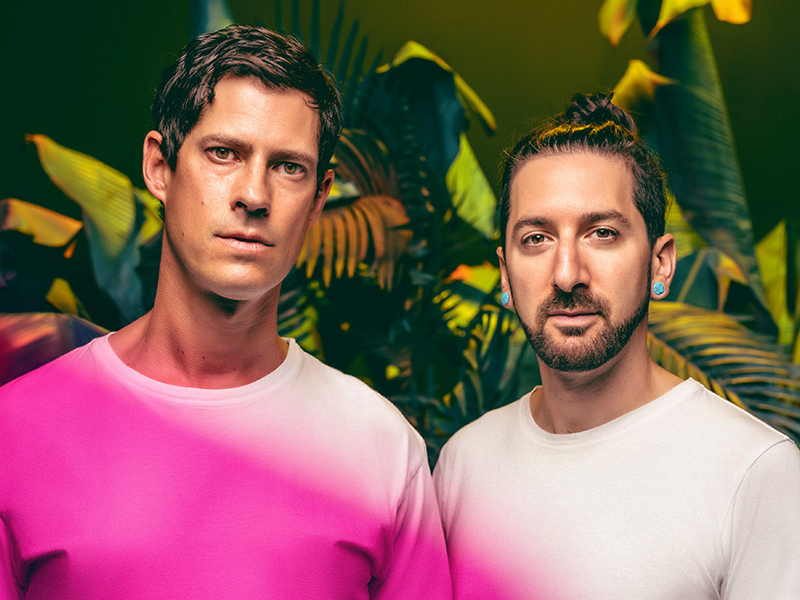 Big Gigantic is known for their iconic tracks, “The Little Things,” “Save Me From Myself,” and “Open Your Mind.” In 2016, the duo released their sixth studio album, Brighter Future, which spawned the hit single, “All of Me,” performed with Grammy-nominated rapper Logic. Composed of Dominic Lalli and Jeremy Salken, Big Gigantic emerged in 2009 when they released their debut album, Fire It Up, via Denver-based record label 1320 Records. EDM fans regarded the album ahead of its time for its fusion of hip-hop, jazz, and dubstep. Despite its EDM elements, the duo uses a myriad of instruments, including drums and saxophone.

Big Gigantic released a series of remix albums based on their 2016 effort, Brighter Future. The record spawned the colossal hit, “All Of Me.” The album debuted at number 2 on Billboard’s Dance/Electronic Albums chart. Meanwhile, “All Of Me” has amassed millions of streams on various platforms. In 2020, the Denver-based duo released their latest album, Free Your Mind, which was supported by an extensive tour in North America.

Aside from performing as a duo, Big Gigantic is also part of an electronic jam band called Gigantic Underground Conspiracy and the supergroup Big Grizmatik. Big Gigantic’s music has often been used in various shows, programs, and events, such as the NBA, NASCAR, ET’s The Bachelor, and the 2016 film Dirty Grandpa’s trailer.

If you love EDM, you better check out this groundbreaking electronica act. Tickets to see Big Gigantic at the Hollywood Palladium are now available!