This fall, Colombian band Bomba Estereo is coming to the U.S. for their Deja 2022 tour! The electro-alternative quintet is embarking on an 11-day trek across the country to promote their Grammy-nominated album Deja, released in 2021. On Monday, 3rd October 2022, Bomba Estero will be conquering the stage at the Hollywood Palladium in Los Angeles, California! Fans can anticipate the band performing their latest tracks, including the recently released “Tierra,” as well as their massive hits and fan favorites from their previous efforts. If you love modern Latin music, you better grab your tickets now and experience Bomba Estereo’s supercharged sets! 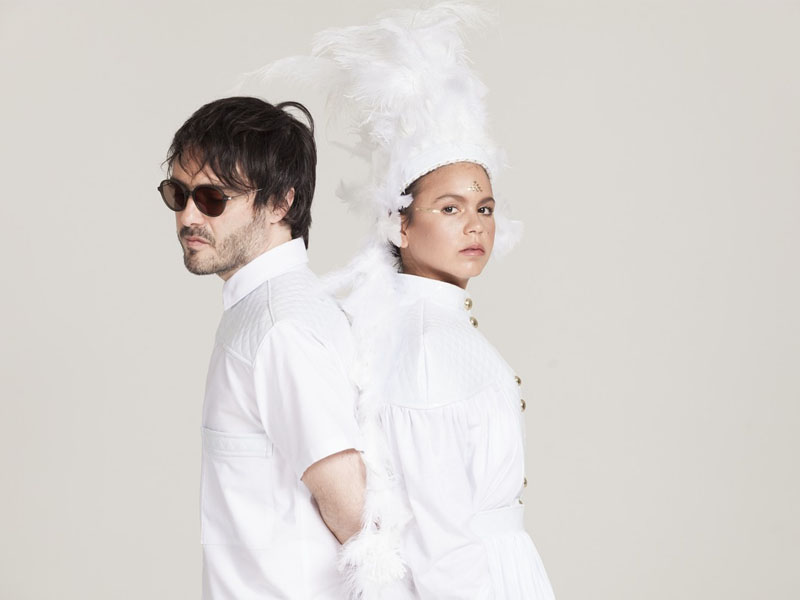 Bomba Estereo’s latest album, Deja, preceded the single, “Tierra,” released with an accompanying music video. The video, directed by Fana Adjani, stars the band’s singer Liliana Saumet and performance artist Lukas Avendaño. The groundbreaking album, Deja, earned a nomination for Best Latin Rock or Alternative Album at the 64th Annual Grammy Awards. During an interview, Bomba’s founder Simon Mejia said that the album was a community effort. “A lot of hands, a lot of hearts giving their energy and talent. This album belongs to the planet, not Bomba. It’s dedicated to everyone that participated. Our band, our team, and Daniel Bustos commanded all the recording in this beautiful process. ”

Based in Bogota, Colombia, Bomba Estereo was formed in 2005 by Simon Mejia. One year later, Mejia released a mini-album titled Volumen 1, in which singer Saumet performed as a guest artist. Mejia recruited members for the follow-up album, and Bomba became a full band. Their sophomore album, Estella / Blow-Up, was released in 2008. In 2015, Bomba received its first Grammy Award nomination with their fourth album, Amanecer. The record was nominated for Best Latin Rock, Urban or Alternative Album at the 58th Annual Grammy Awards.

Tickets to see Bomba Estereo at the Hollywood Palladium are now available!