RESCHEDULED FRIDAY 7th AUGUST 2020 – previously 12th March 2020.
One of the biggest post-hardcore groups has just recently announced their 2020 exciting tour, can you guess who it is?! That's right Dance Gavin Dance will be once again travelling across North America to bring their much loved music to the main stage, included in their 2020 dates is an exclusive performance at Hollywood Palladium on Friday 7th August 2020! Tickets are already selling fast so get in line for one of the concert highlights of 2020! 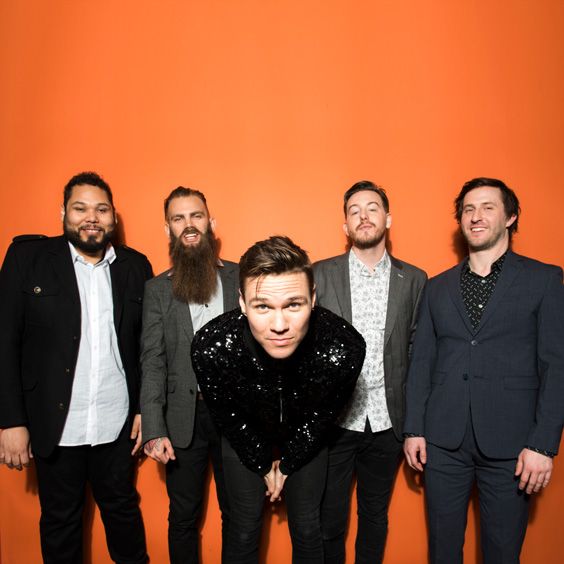 Dance Gavin Dance have been the name on everybody's lips since their formation back in 2005. Hailing from Sacramento in California, these all time rockers have graced the US stages and given a memorable performance each and every time. With the band line up full of talented individuals, it's no wonder they are such a big name on the alternative scene.

Together they have transformed the rock music scene with their studio releases from their initial EP back in 2006, to their debut in 2007 and further releasing their second self titled album in 2008 and their third record in 2009. Since then they have had a steady career with their ever growing fan base across North America and around the globe. Their sixth studio album, Instant Gratification pushed them further into the spotlight as it hit the Billboard 200 charts and gave them a chance to promote their music through the mainstream. Along with this they gave to the world a cover version of Bruno Mars' That's What I Like and received amazing hype and positive reviews for its release.

Dance Gavin Dance have most recently dropped their eighth record to date titled Artificial Selection, and have kept their fans heavily inspired with singles such as Head Hunter and Blood Wolf released in 2019. As one of the biggest post-hardcore groups around, these guys are a must-see!

Come and catch this incredible band LIVE this Spring as they touch down at Hollywood Palladium – tickets available to book above today!