The moody, stylish, and enigmatic voice of pop singer-songwriter Fletcher will surround the walls of the famous Hollywood Palladium this November 17 and 18 for a two-night show that will surely make every fan giggle in excitement. The 28-year-old will bring her "Girl Of My Dreams Tour" to Hollywood's famous venue to promote her latest album of the same name. Together with the LA-based singer-songwriter Chappell Roan, Fletcher will entertain her fans with new songs from her latest album, as well as her certified hits, including "Undrunk," "Sex With My Ex," "Shh, Don't Say It," and many others. She may not make arrows like a real fletcher, but Fletcher will hit you with her heartfelt and relatable songs that will make your evening extraordinary. If all of these sound good, click the "Get Tickets" button to secure tickets for her first night at The Hollywood Palladium this Nov 17. 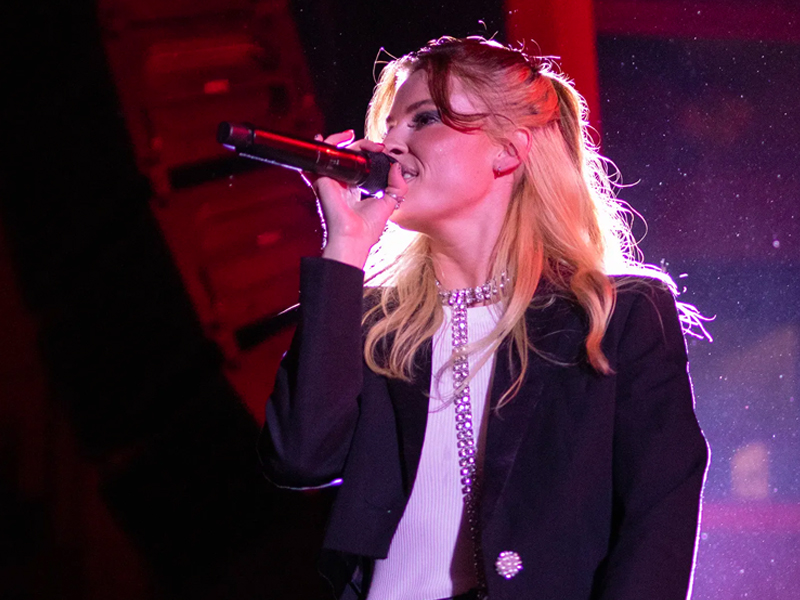 Cari Elise Fletcher, known as Fletcher, was a competitor in the first season of The X Factor in 2011. After getting eliminated from the competition, she decided to pursue a career in music. In 2015, she collaborated with producer Jamie Kenney, and they produced the single "War Paint" that went viral on Spotify. The following year, the audio streaming platform added her to their Spotlight list, helping her debut EP "Finding Fletcher" gain traction. In 2018, she signed with Capitol Records. Katy Perry, Paul McCartney, and Sam Smith are some of the most prominent artists signed on the label. "You Ruined New York City for Me," her second EP, came out in 2019. It contained the track "Undrunk," which was a breakout success reaching charts in multiple countries and receiving gold certification in the US. "The S(ex) Tapes," her subsequent EP, came out in 2020 with another gold certification for the song "Bitter." Paper magazine calls her "one of the most exciting female artists to emerge in pop [music]." She will be releasing her anticipated debut album in September of this year.

Before her album comes out, the rising artist is going on tour starting in July. One of her stops will be in the Hollywood Palladium in Los Angeles, California, on Thursday, November 17. Coming with her is "Pink Pony Club" singer Chappell Roan. Tickets are now on sale. Get yours now!