The Hollywood Palladium is set to host Jazmine Sullivan on Friday 25th February 2022 as part of the upcoming The Heaux Tales Tour. The tour begins on 14th February and will conclude around 30th March. The tour will see her visiting 25 cities with Vancouver being the first one to host the award-winning R&B artist. Her latest album, The Heaux Tales, was released in 2021 and was an instant hit among fans. She has been unable to tour for a while due to pandemic restrictions, but her comeback is highly anticipated. Make sure you get your tickets right now before they sell out! 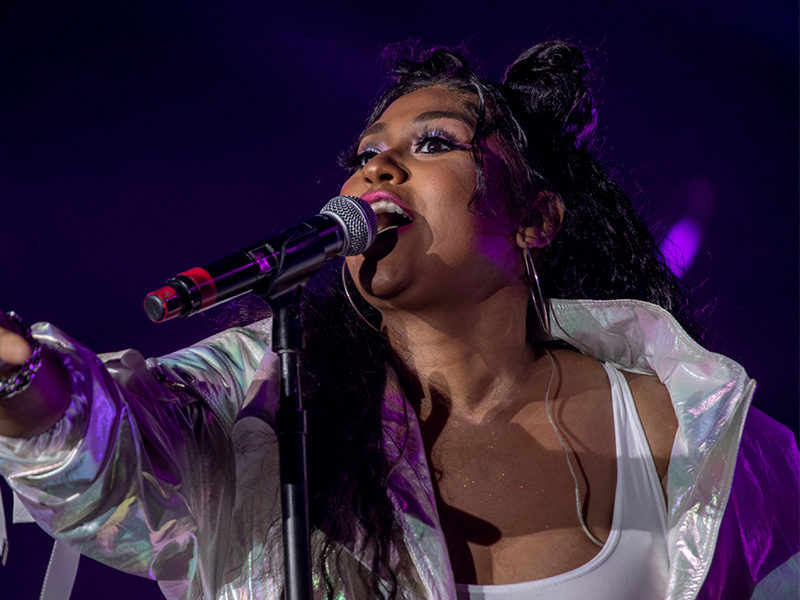 The Heaux Tales is a testament to the struggle of black women as it sheds light upon the themes of love, sex, loss and granting grace who have been a victim of stereotypical behaviour by society. The tales are a reflection of how Jazmine herself feels and has been unable to come to terms with how the world has treated her. Jazmine is a Grammy-nominated star with one of her singles, “Need u Bad” topping the Billboard Hot R&B/Hip-Hop songs chart.
The Heaux Tales has been crowned NPR Music’s No.1 album of 2021. Jazmine has also regarded it as one of the most important works of her career. She talks about creating safe spaces to talk and having good intentions for each other. As honest is her work, it also reflects in her live performances, which allows Jazmine to express herself and interact with her fans. If you want to be a part of her audience, you need to make sure that you buy your tickets right now. The Hollywood Palladium is a famous sell-out venue so tickets may run out very fast!