If you are a big fan of R&B, pop, and hiphop music, be sure to have your schedules freed up this October 24 and dedicate your time to attending the concert of the rising R&B star Jessie Reyez. The Canadian singer-songwriter will light up The Hollywood Palladium stage on this fateful Monday night. As part of her "Yessie Tour," which is in support of her latest album of the same name, the Grammy-nominated and 4x Juno-winning singer-songwriter will entertain her fans with new songs, including the recently-released "Mutual Friends." The 31-year-old singer also promises fans exciting performances of her signature hits, such as "Figures," "Shutter Island," "Rain," and "No One's in the Room." If all these sound promising to you, get your tickets as early as today. Click the "Get Tickets" link to reserve yours now. 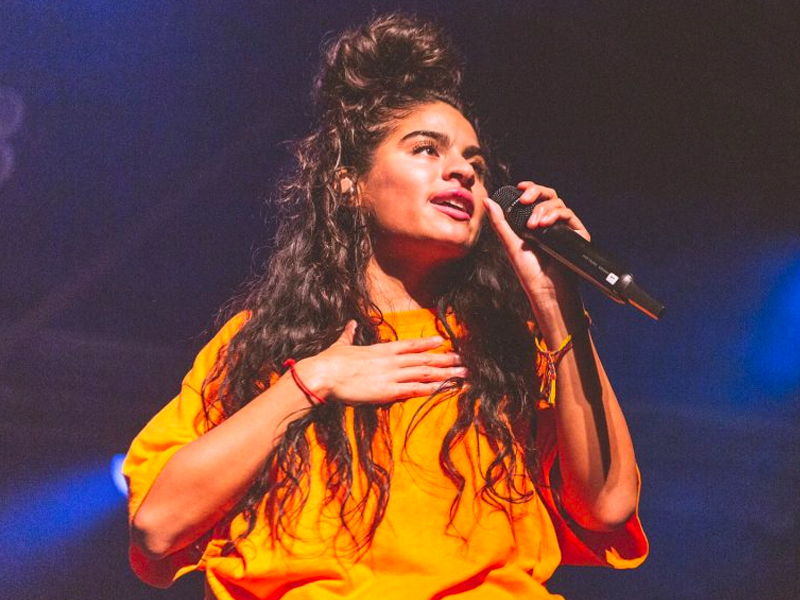 Canadian singer-songwriter Jessie Reyez is known for her innovative style of contemporary R&B, influenced by both pop and hip hop. Her breakthrough occurred in 2016 with the power ballad "Figures," which went platinum in Canada and earned her a Juno Award for "Breakthrough Artist of the Year." But the traction she is receiving did not start with that hit. In 2014, the rising artist's track called "Living in the Sky" created a buzz. This led to her collaborations with R&B and hip hop big names, such as Chance the Rapper, Diplo, Skrillex, and BabyFace.

After her 'Figures" success, she released an EP entitled "Kiddo," which reached the top 23 of the Billboard R&B/hip hop charts. As expected, she is not a one-hit wonder. In the following years, a steady rise to wider commercial success followed. She contributed to Eminem's "Kamikaze" album, appeared on Sam Smith and Calvin Hariss's single "Promises, and "Body Count" with Normani and Kehlani.

Reyez is a recipient of Juno Awards, including the category of Breakthrough Artist. On the other hand, her collaborations led to a Juno Award for R&B/Soul Recording of the Year and a Grammy nomination.

Fall in love with the unique take on R&B by Jessie Reyez! See her live at the Hollywood Palladium in Los Angeles, California, on Monday, October 24. Get tickets now!