Catch the Grateful Dead's music come back to life with Joe Russo's Almost Dead, performing live at Hollywood Palladium on Friday, August 12th, 2022. The highly acclaimed tribute act is set to rock it out by delivering their signature renditions of Grateful Dead's catalog with their biggest hits like "Foolish Heart", "Touch of Grey", and "Uncle John's Band". With a roster of legendary hits spanning decades, Joe Russo's Almost Dead is always full of surprises. Catch Grateful Dead's best rock anthems spring back to life at Hollywood Palladium by grabbing those tickets now while they're hot! 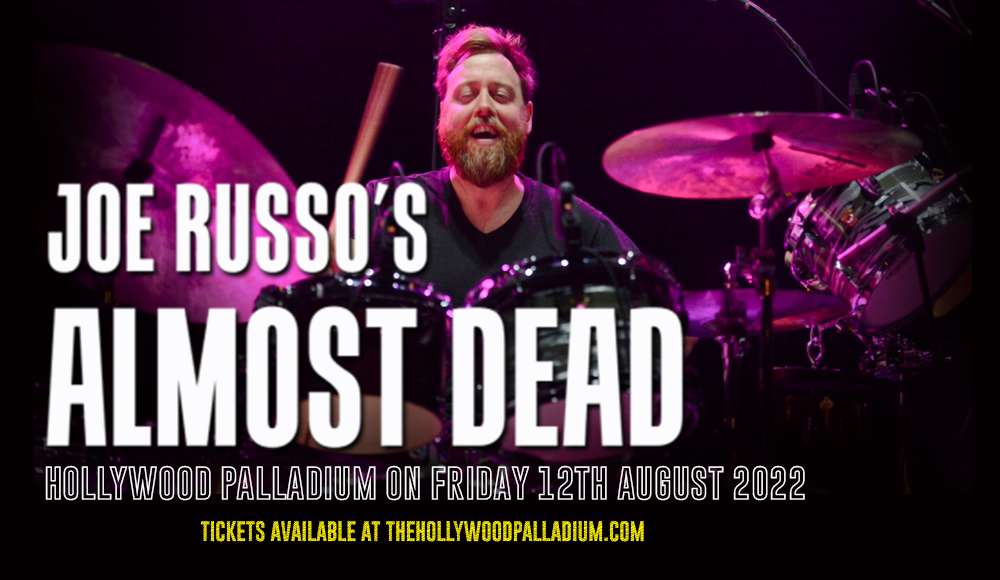 Since then, the band began to play an increasing number of shows, becoming the country's premier Grateful Dead tribute act. In 2019, Rolling Stone hailed them as "Best Scene-Stealer" at the Peach Festival, stating that "JRAD takes improvisational jam rock to the nth degree".

Though, they aren't like any other tribute band that simply replicates the original act's moves and sound as much as possible. Joe Russo's Almost Dead takes it to the next level. The tribute act is highly acclaimed for their fusion of progressive rock to their performances. They bring in fresh takes that Dead fans grew to love and expect at every JRAD show. A show-stopper that audiences love is Marco Benevento's extended solos in every show.

Every Joe Russo's Almost Dead show kicks off with a big surprise as the band members hit the stage in unison vocals, hyping up fans to rock it all out.

They definitely are the country's premier Grateful Dead tribute act that brings justice to the legends' biggest hits. Taking fans and audiences back to the late 60s to 80s of Grateful Dead's domination, Joe Russo's Almost Dead incorporates a twist of their own magic to their legendary songs.

Get ready to rock it all out on this legendary night with Joe Russo's Almost Dead. Book your tickets now!