British rapper, musician and producer King Krule comes to Hollywood Palladium on Tuesday 7th April 2020 with a brand new tour! The artist wowed fans with four new tracks (“Perfecto Miserable,” “Alone, Omen 3,” “(Don’t Let the Dragon) Draag On,” and “Energy Fleets”) via the short film ‘Hey World’, and rumor has it, he has been working on his upcoming fourth studio album! So fans can expect brand new material from this multi-talented, off-kilter performer! 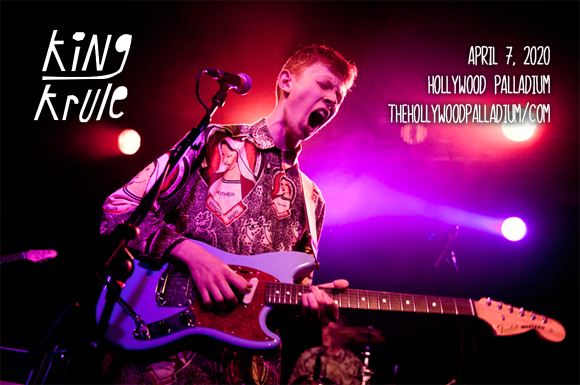 English singer, rapper, songwriter, record producer and musician King Krule (aka Archy Marshall) released his first singles under the name "Zoo Kid" between 2008 and 2011, going on to release the mixtape U.F.O.W.A.V.E. In 2011, he began performing under the moniker King Krule, and in December 2012, he was nominated for the BBC Sound of 2013 poll. His debut album, 6 Feet Beneath the Moon, was released in 2013, followed by the hip hop album A New Place 2 Drown, released under the name Archy Marshall, in 2015. His second King Krule album, The Ooz, was released in October 2017, and that December it was named the best rock album of 2017 and the third best album overall of 2017 by Pitchfork. In 2018, King Krule was nominated for the Mercury Prize.