Massive Attack are performing at Hollywood Palladium on Thursday 5th September 2019 for the last in a three-night-run of their hotly anticipated Mezzanine XXI Tour! A show that takes tracks from their classic 1998 album Mezzanine and transforms them with astounding audio and visual effects designed by Robert Del Naja, as well as featuring guest vocals from the ever-incredible Elizabeth Frazer! A must for any Massive Attack fan! 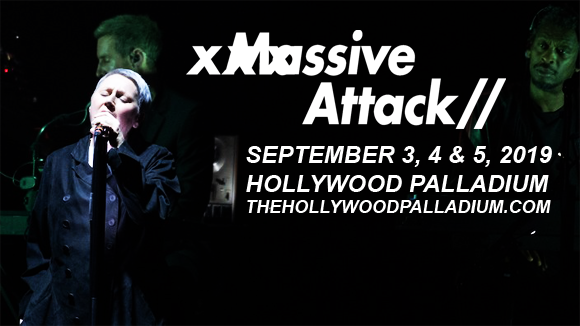